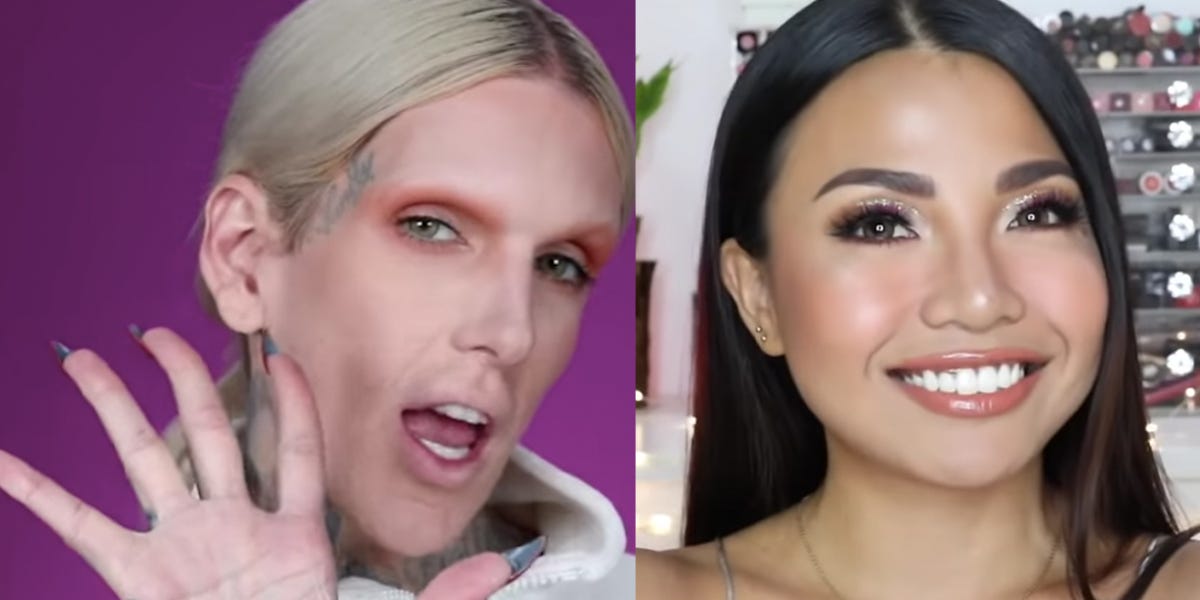 On Tuesday, a Twitter user sent a message to Star asking him to film an “honest review” of makeup brushes and sponges created by fellow YouTuber Michelle Dy. Her line, called Michelle Dy Basics, launched at the end of October.

Star responded to the tweet, saying he doesn’t “have time to review trash” on his YouTube channel.

While Dy has yet to directly acknowledge Star’s tweet, she did share a message of her own one hour later.

“I’m good luv, enjoy,” Dy wrote on Twitter, followed by a moon emoji. Many believe her tweet was a response to Star’s diss.

This isn’t the first time Star has spoken out against Dy online. In August 2018, Dy began uploading YouTube videos where she would test makeup, and then let her followers know if they were “approved” by her or not.

Star, who has been making “Jeffree Star Approved” videos since 2016, called out her series on Snapchat and accused her of copying his idea.

“So there is a Youtuber who is not known here in America, but they recently tried to steal my ‘approved’ — trademarked — whole entire series and do it on their channel,” Star previously said on Snapchat. “I’m like, I know I didn’t invent the word approved but girl, that’s been my thing for two years now.”

“It’s trademarked, it’s on merch, don’t try me,” Star continued. “Sometimes I feel like people do that stuff on purpose, like ‘Let me use Jeffree’s thing and then he’ll cause a stir about it and I’ll get a lot more views and subscribers.”

“I’m like b—-, I’m not even gonna mention your name,” he said. “Don’t even bother searching for it after you hear this because we don’t wanna give no one any clout. Thank god for lawyers. It’s all draining. Why can’t people just come up with their own f—— ideas.”

Dy deleted her entire series after Star’s Snapchat rant. She also shared a statement regarding the videos on social media, saying her series was inspired by Star.

“I would like to take this opportunity to sincerely apologize to Jeffree Star if in any way or another, I may have violated your rights from the use of your trademark,” Dy said at the time. “Videos from my channel has been deleted already and rest-assured that it will not happen again. Again, I am sorry.”

Representatives for Michelle Dy and Jeffree Star did not immediately respond to Insider’s request for comment.