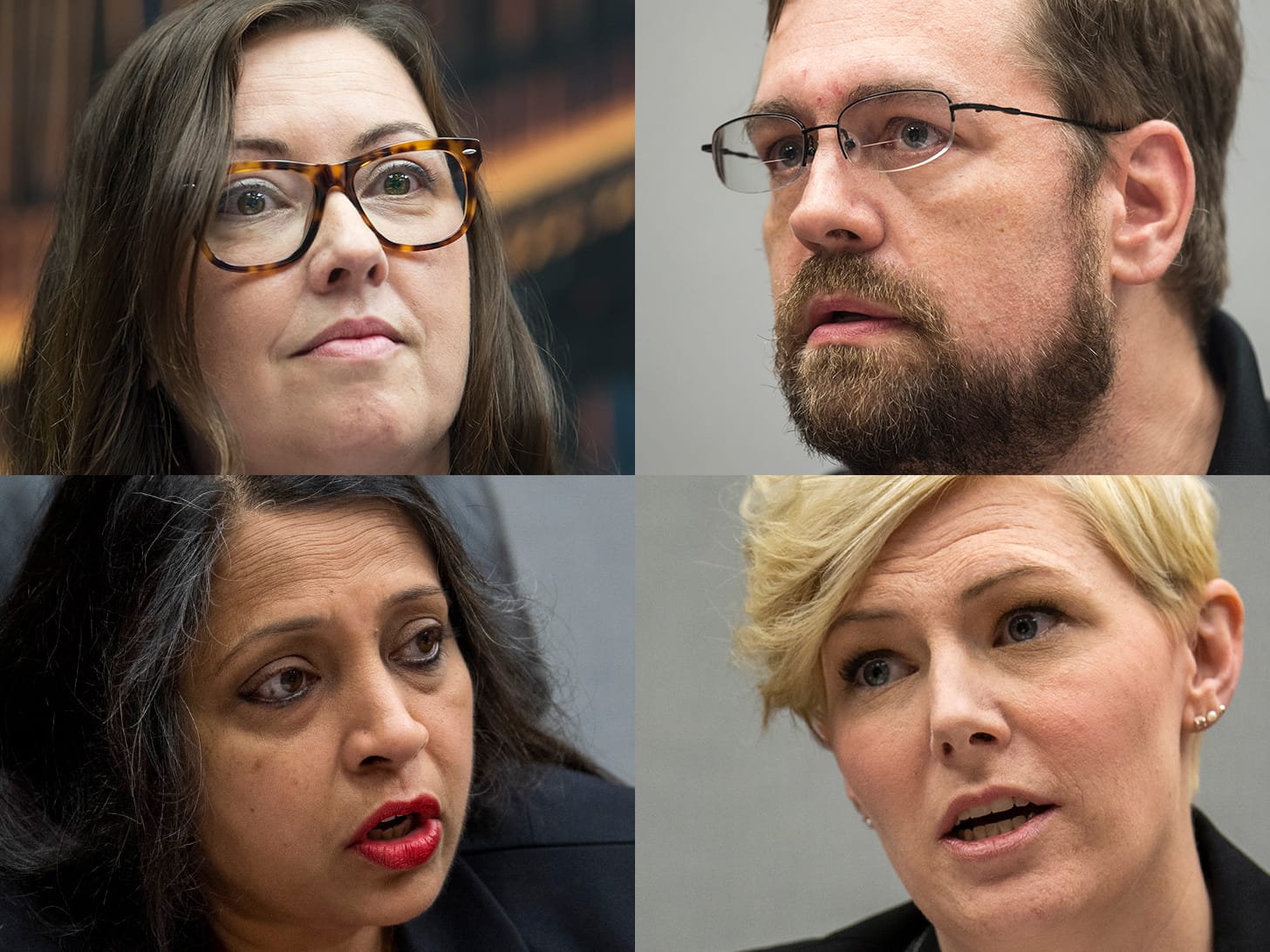 Evergreen Public Schools could see two new faces on its five-member board next year, with challengers running against incumbents in Clark County’s largest school district.

It’s been a hot year for school board races, marked by the echoes of last year’s teachers’ strikes, ongoing discussion about school finances and issues of equity and inclusion for students of color. In the race for Evergreen District No. 2, incumbent Rob Perkins, a software developer, faces Bethany Rivard, a classroom teacher in Vancouver Public Schools. Rachael Rogers, a Clark County deputy prosecutor recently appointed to the board, is challenged by Divya Jain, a project manager, in District No. 4.

Rivard has been running for Evergreen Public Schools for more than a year, when she announced her candidacy at a teacher rally at Esther Short Park in the midst of ongoing strikes. She has since been outspoken about the importance of having a teacher on the school board in order to build strong relationships with community members, teachers and students.

“It’s a difference between asking questions that have to do with your experience in the classroom and not asking those questions,” Rivard said.

Rivard noted that today’s children are faced with harder challenges than those in previous generations, including homelessness, mental health problems and the impacts of institutional racism. She plans to draw from her experience in the classroom at Fort Vancouver High School to address those issues.

“I want to make sure the voices not presently being heard, that we reach out to them and bring them to the table,” Rivard said. “Honestly the best solutions we’re going to find are the ones that have the entire community included.”

Perkins, meanwhile, noted the relationships he’s already built in his years on the school board. He also pointed to his own experience working with children as a classroom volunteer, as well as teaching early morning seminary classes for students in the Church of Jesus Christ of Latter-day Saints.

“I’ve got a little bit of experience. It’s a perspective,” he said. “I’d hoped people would understand that.”

Perkins said he’s focused on improving transparency in the district, building a community where all students feel safe and expanding job training programs for students who may not be interested in attending a four-year college out of high school, like he was as a child.

“I’m going to continue working for kids in the same way I always have,” he said.

The contest between Jain and Rogers is a race between a candidate championing inclusion versus one fighting to improve communication.

Rogers said she was inspired to apply for the open seat left by Todd Yuzuriha after last year’s labor negotiations. Rogers, the mother of two children in the district, said she was frustrated by the lack of information given by the school district. She saw she was not alone when she attended crowded school board meetings leading up to the strike.

“I saw a packed room of people who wanted to be heard,” she said. “It was this very clear feeling of a lack of transparency between the board and the people.”

Rogers praised the district for its recent series of community forums on the budget, saying the feedback collected at those forums helped the district develop its $385 million general fund budget.

“We were able to start seeing themes,” she said.

Jain, who also applied for Yuzuriha’s seat, is drawing from her personal experience as a mother and a woman of Indian descent in her campaign. Jain, if elected, would be the only person of color on the school board. About 44 percent of Evergreen Public Schools students identify as people of color, according to the Office of Superintendent of Public Instruction.

“I believe in unity,” Jain said. “We can do anything when we’re united.”

Jain recalled how, one day, her eldest daughter took homemade Indian food to lunch, when a boy turned to her and said “Ew!” From then on, she was determined to lead programs that encouraged students to understand other cultures, such as the Illahee Elementary School Passport Club.

“We have to embrace everyone,” she said. “Then we can have see how our kids will flourish.”

Director Victoria Bradford, a long term incumbent, is also running for re-election, but she is unopposed. Evergreen school board candidates submit their names for election by geographical district, but are elected at-large.

Ballots go out Oct. 18, and should arrive in voters’ mailboxes by no later than Oct. 24. Election Day is Nov. 5, so ballots must be submitted to a drop-off location or postmarked by that day.