Said Lithgow: “There are six pieces put together: two jowls, one huge double chin, a different nose, and two fat earlobes, and it blends so completely with my own face … I would wrinkle my face and the wrinkles in the prosthetic would cohere with the wrinkles on my face. I don’t know how they do this magic.”

Todd Phillips’ “Joker” is another prime contender for the brilliant transformation of Oscar favorite Joaquin Phoenix as Arthur Fleck/Joker. Makeup designer Nicki Ledermann teamed  up with hair designer Kay Georgiou to re-imagine the DC super-villain. They started with an image of Cesar Romero’s high-camp ‘60s TV Joker and broke it down using the terminally depressed, mentally unstable, bullied clown Fleck as the center piece, Ledermann made the classic white mask meticulously messy, smeared, untidy, and imperfect. Georgiou took a similar approach with Fleck’s pageboy haircut. Phoenix arrived on set with very long hair, and they imagined Fleck cutting his hair next to a mirror with kitchen shears. 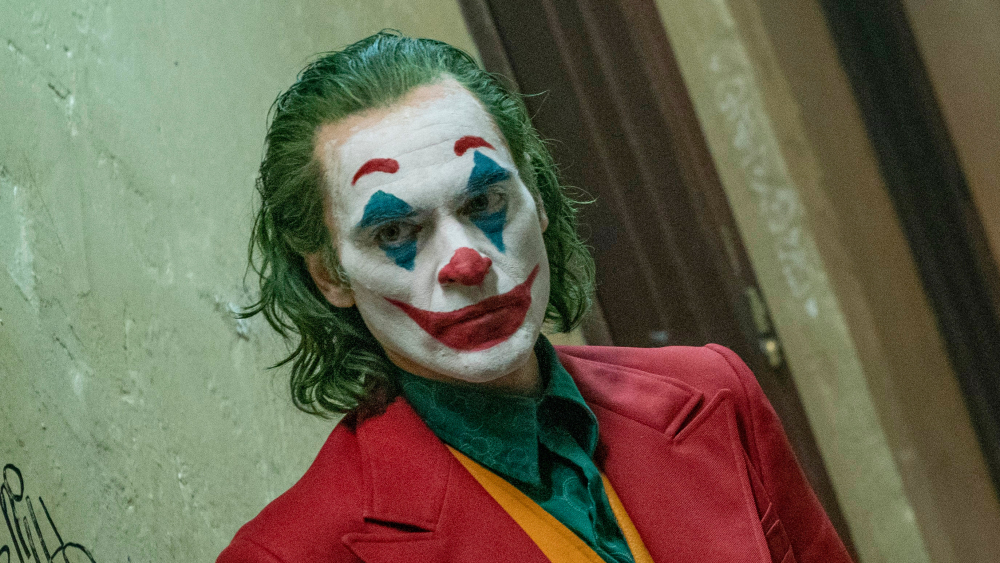 The astonishing transformation of Renée Zellweger as middle-aged screen legend Judy Garland in the “Judy” biopic from director Rupert Goold is another standout. Struggling to hold onto her children and stay relevant, Garland took London by storm one last time in 1969, and makeup and hair designer Jeremy Woodhead had to redo the actress’ face. He began by adding a tip to her nose, gave her cheekbones a gaunt look while adding frown lines, dark circles, and crow’s feet with paint. To top it off, he gave her Garland’s trademark false eyelashes.

And the striking transformation of Taron Egerton as Elton John for Dexter Fletcher’s fantasy-infused “Rocketman” biopic required very subtle work by makeup and hair designer Lizzie Georgiou. She went for the essence of the legendary superstar, but that meant an array of iconic touches for the wigs, facial hair, and makeup.

While Robert De Niro was believably de-aged by Industrial Light & Magic’s customized VFX process throughout Martin Scorsese’s “The Irishman,” the 80-year-old portrayal of mob hitman Frank Sheeran was impressively accomplished through prosthetic makeup, which should also be in contention as well.

Contenders listed in alphabetical order. No film will be considered a frontrunner until we have seen it.

Sign Up: Stay on top of the latest breaking film and TV news! Sign up for our Email Newsletters here.