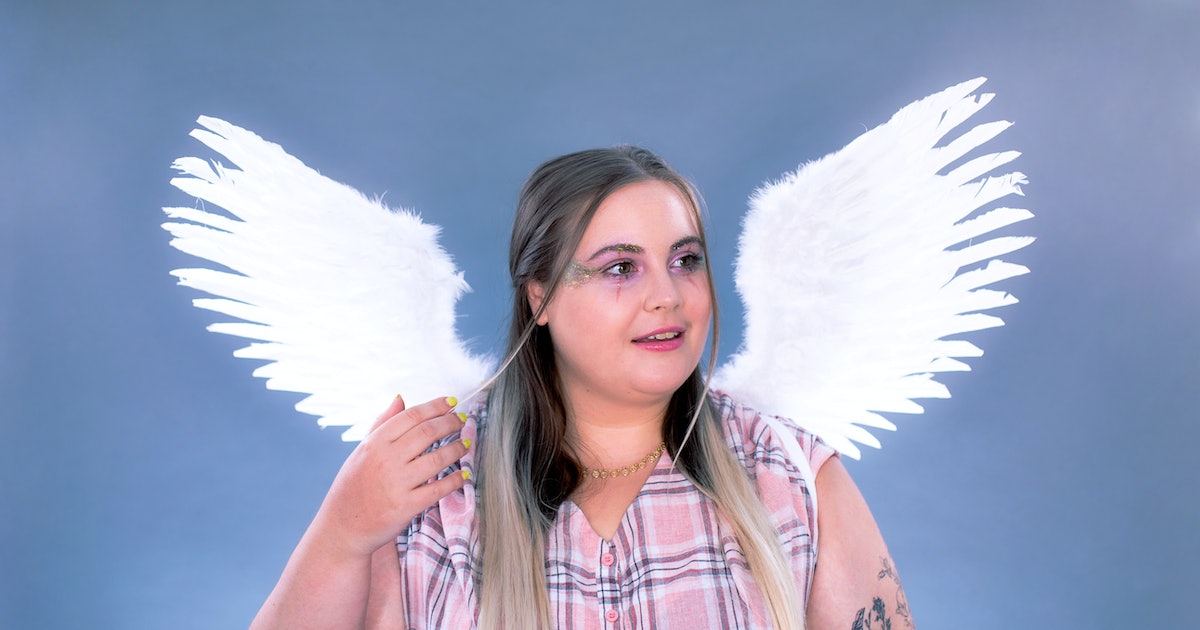 Show of hands for how many of you reading this think doing a full face of makeup and styling your hair in five minutes is a complete sham. Oh, all of you? Well, I can’t blame you. I was one of you. For so long, I laughed at the prospect of getting anything other than my mascara done in five minutes. However, I’ve now made it my personal mission to prove both myself and all of you wrong. Enter: Elite Daily’s series, Ready In 5. Consisting of actually cool beauty tutorials, this series will break timely beauty looks down into five simple steps, all of which, together, can actually be completed in five minutes, so you have more time to focus on the plans that come next.

In 2019, there’s been only one show that’s, like, really mattered: Euphoria. From the dynamic characters to the riveting storyline perfectly capturing the complexities — good and terrifyingly dark — of being a teenager, the show will guide a large number of Halloween costumes this year. Heavy reported each episode hovered around half a million viewers, and the show’s Season 1 finale brought in a whopping 1.2 million viewers, according to Deadline.) So, if you’re like 1.2 million others and thinking of dressing up as your favorite Euphoria character, this easy Euphoria makeup tutorial is exactly what you need.

Although pretty much every single makeup look on the show is drool-worthy, one of the most memorable beats in the series was Jules’ angelic makeup look from Season 1, Episode 6, inspired by Claire Danes in Romeo & Juliet. Wearing a long white dress and sky-high angel wings, Jules topped off the look with truly angelic makeup. I’m talking glitter, metallics — the works. So you can rest easy this Halloween, I’ve broken this makeup look down into simple steps that can actually be done in five minutes — with no help necessary from a team of makeup artists.

Grab your wings and prepare to ascend to the heavens.

The first step to looking as angelic as Jules looked on the show is to, well, glow. You can obviously achieve this with tons of highlighter; however, a more effective way to get an all-over, radiant glow is to use an illuminating primer. Once on your face, an illuminating primer gives your skin a natural glow and will shine through your foundation to give you a lit-from-within appearance.

I first applied VDL’s Lumilayer Metal Cushion Primer ($40, Ulta) all over my face. The product comes in a compact and is applied with a small cushion, and the formula itself contains tiny reflective specks that genuinely give you a strong AF glow.

For my complexion, I kept things simple for a couple reasons. I didn’t want to undo the amazing glow I’d just given myself, and I didn’t want to take away from the main event of this look: the eyes. So, I took a pea-sized amount of Smashbox’s Studio Skin Full Coverage 24-Hour Foundation ($36, Ulta) and applied it with Beautyblender to the center of my face, blending outward. This allowed my glow to stay in tact while evening out the areas where my skin tone and texture can sometimes vary. If you prefer a fully-covered face of foundation, try mixing the illuminating primer in with your foundation for full coverage without sacrificing the glow.

As a quick, final step for my complexion, I applied Fenty Beauty’s Sun Stalk’r Instant Warmth Bronzer ($30, Sephora) to the hollows of my cheeks, along my jawline, on the sides of my nose, and along my temples with a fluffy angled brush to mimic Jules’ facial structure.

Welcome to my favorite part of this entire look. Jules’ eye makeup look is pretty involved, with a wash of shimmery pink eyeshadow all over her eye area, a metallic line painted down the center of her lids, and glitter on her eyebrows and temples. It was challenging to fit a look this involved into a five-minute routine, but you know I made it work.

I first applied NYX Professional Makeup’s Holographic Halo Eye Tint ($4, NYX Professional Makeup) on both my lids and under-eyes, blending with my finger all the way from lash line to brow bone. Then, I used the metallic end of Huda Beauty’s Matte & Metal Melted Shadow ($25, Sephora) to create the single glittery line running down the center of my lids. (The product’s brush applicator made this part so easy.)

Using a small eyeshadow brush, I applied Groupie into my brows and then in a sideways V shape extending from the outer corners of my eyes to my temples. Then, I went in with “Electric Daze” right on top and immediately looked like I descended from heaven right then and there. I finally finished off my eye look with a few quick swipes of Tarte Cosmetics’ Lights, Camera, Lashes 4-in-1 Mascara ($23, Ulta) on my lashes, and TBH, Jules herself was probably quaking at this point.

As the final step for the makeup portion of this look, I swiped on Ofra Cosmetics’ Madison Miller Lip Gloss in the shade “Sugarcup” ($15, Ofra Cosmetics), and I’m pretty sure I found my new favorite lip gloss ever. (It tasted so freaking good???)

Thank God Jules didn’t do anything wild with her hair in this episode, so that I barely had to spend any time on it — I only needed a ponytail holder. I gathered a portion of my hair from either side and tied it back to create a half-up, half-down look. I also left two thin pieces of hair hanging down by my face just as Jules did. After that, I was ready — in under five minutes — to fly off into the heavens… or, you know, to a Halloween party.

So, how does that sound? Still don’t believe me that I (and you!) can get this look done in five minutes? Hey, I get it. Seeing is believing and whatever. So, in the spirit of giving, I present to you proof that miracles really can happen: a #ReadyIn5 video tutorial.

In this tutorial, I’ll take you through the steps and products needed to complete the look as we race against the clock. It’s thrilling. It’s suspenseful. But most importantly, it’s funny AF to watch. Get comfy, and follow along with the video below to see how my look is actually ready in five. Comment on the video or DM me on Instagram to suggest looks you’d like to see broken down in the future: