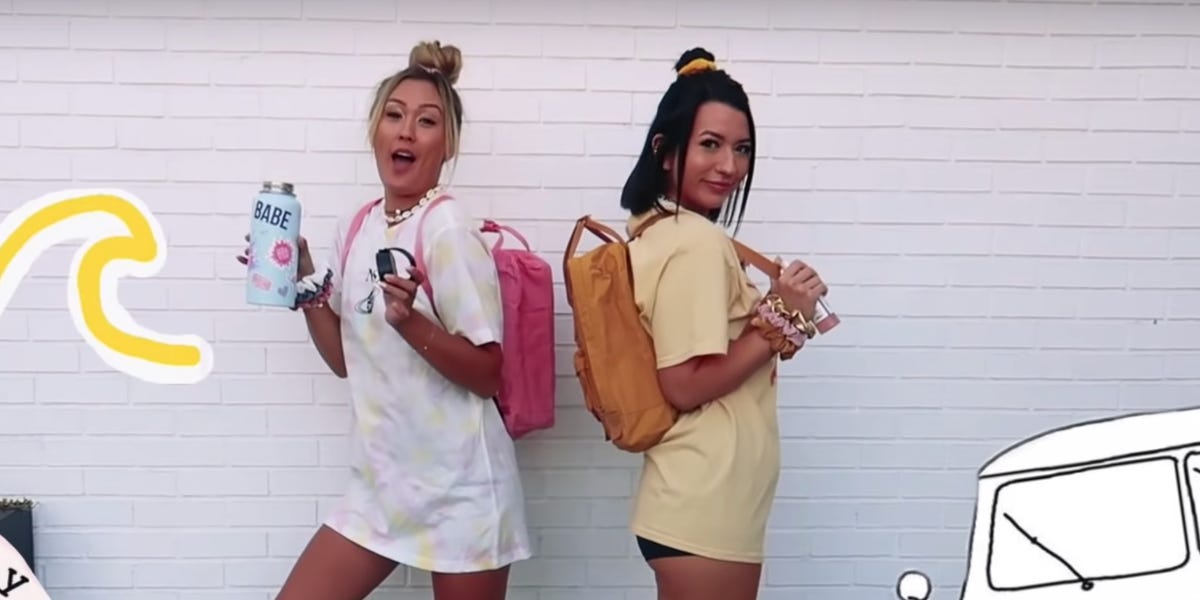 The cosmetics industry in the US is struggling, and it looks like VSCO girls could be to blame.

This growing subset of consumers, widely known for their love of Hydro Flasks, scrunchie hair ties, and the VSCO photo-editing app, embraces a minimalist approach to consumption that has extended to beauty routines.

This is bad news for the cosmetics industry, which is now experiencing a sharp decline in sales growth. The category experienced a compound annual growth rate of between 7% and 9% in the three years leading up to 2017. Last year growth fell to 4%, and analysts and cosmetics companies are expecting continued contraction this year.

Read more: Scrunchies, $80 Fjällräven backpacks, and Birkenstocks: There’s a new type of ‘it’ girl online, and of course the internet is already hating on her

“Consumers are spending more on skincare at the expense of makeup,” and skin-care routines tend to require fewer items, UBS analysts wrote in a research note published Wednesday that sought to explain the cosmetics slowdown.

The UBS note didn’t directly cite VSCO girls as responsible for the shift toward skin care. But the correlation between the shopping behavior of these consumers and the woes of major makeup companies is hard to overlook.

The slowdown in makeup sales comes after cosmetics companies thrived for years on soaring interest in trends such as contouring, a makeup routine promoted by the Kardashians that involves using varying shades of foundations and highlighters to accentuate certain facial features.

“There has been a noticeable shift in beauty from cosmetics into skin care,” Kayla Marci, market analyst at retail data firm Edited, told Business Insider’s Bethany Biron. “Trends like heavy contouring have fallen out of favor as consumers take a more natural approach to their skin, focusing on getting the base clean and healthy.”

Google searches for contouring peaked in 2015 before falling 44% in 2017, followed by a 26% drop in 2018, according to UBS. Likewise, customer engagement — in the form of Instagram comments — with major beauty brands and retailers such as Mac, Fenty Beauty, Kylie Cosmetics, Ulta, and Sephora has taken a nosedive.

“Kylie Cosmetics has averaged 58% year-over-year growth in quarterly Instagram comments over the last 12 periods,” analysts wrote. “But, it has experienced a 6% decline on average over the last three periods.”

L’Oreal CEO Jean-Paul Agon commented on this trend away from makeup in an earnings call in August.

Marie Kondo could also be fueling the cosmetics slowdown

Growing interest in skin care isn’t the only factor behind the cosmetic industry’s troubles, according to UBS.

Consumers may also be shifting away from trying new products thanks to the author Marie Kondo, UBS analysts wrote.

“The deceleration in prestige cosmetics sales started when Marie Kondo’s book, ‘The Life-Changing Magic of Tidying Up,’ began to soar in popularity,” analysts wrote. “Her KonMari method is a system of simplifying and organizing your home by getting rid of physical items that do not bring joy into your life.

“We think that this movement could have had an impact on cosmetics purchasing habits,” the analysts continued. “Consumers may have elected to purchase just the products they need as opposed to hoarding palettes and amassing a wardrobe of lipsticks and mascaras.”