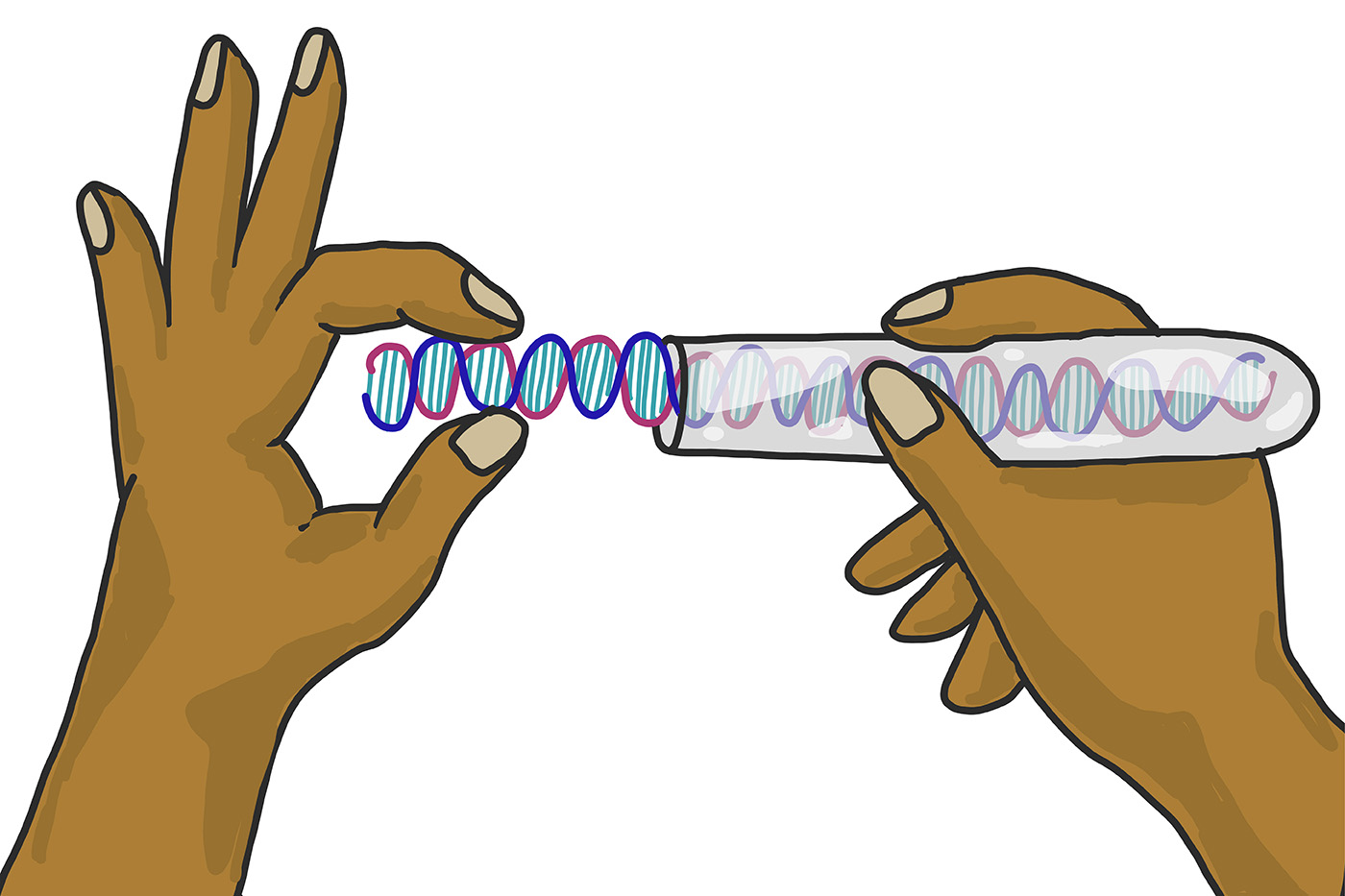 Grace Kitayama is a journalism sophomore and Mustang News columnist. The views expressed do not necessarily reflect those of Mustang News.

Last year for Christmas, my parents gave each other a 23andMe kit. According to their website, 23andMe analyzes the user’s saliva and reports their genetic makeup and possible medical conditions back to them. It’s fun, interesting and deceivingly harmless.

However, there is something that feels fundamentally wrong behind the goal of 23andMe: to discover a previously unknown percentage of your genetic makeup and consider it part of your identity.

Cultural identity has to do with more than what your genetic makeup reports. People are not their genealogy. They are the recipes, clothes, stories, traditions and lessons that their genealogy represents.

One’s genetic makeup is biological. However, cultural identity is shaped by the social customs, norms and traditions that a person has been raised by. The culture we are born into does more to shape who we become than whatever our genealogy reports. If you have been raised a certain way your whole life, it would be untrue to begin identifying as a different ethnicity than the one you grew up as. Just as you cannot choose your genetic makeup, you should not be able to choose the culture you wish to identify with if you haven’t been raised by it.

For example, once my parents received their results from 23andMe, I was surprised to find out that my mom is 0.02% Ashkenazi Jewish. After learning this information, I jokingly began gloating about how I was part Jewish, greeting my friends with a “Shabbat Shalom, guess what I found out about my ancestry?” This joke was funny, until I realized that it was not only problematic, but untrue.

Regardless of whether or not someone in my family was Jewish in the past (23andMe reports to trace ancestry up to over 10,000 years ago), it would be misappropriation to say that I am Jewish now, because I was not raised with the traditions or teachings that Jewish people follow. I would consider an adopted person who was raised Jewish without any Ashkanazi in their family lineage to be more Jewish than myself.

I’m not the only one who has stumbled upon this. Many friends and colleagues of mine have learned that small percentages of their lineages trace back to countries that they did not expect. Though this information is cool and fun, it becomes problematic when people start identifying with the small part of their lineage that they didn’t know about.

This is in no way implying that people should not be proud of their heritage. However, there is a difference between cultural appreciation and tokenism. Though no one can choose their genetic makeup, 23andMe does not report cultural identity. I can’t help but fear a future of people eventually denying the cultural identity that they believed they had their whole life, and instead picking and choosing between percentages.

I myself am a mixed race kid, though I have not faced the types of descrimination and persecution that ethnic minorities encounter. I, like many other mixed kids (see: Subtle Mixed Traits Facebook group), have struggled with my ethnic identity my whole life. I felt that I was simply not enough. When I was in high school, all my friends were Asian, so I was the token “white friend,” not Asian enough to relate to them. Now, at a predominantly white school, I’m a minority – a label, that I never identified as until I came to Cal Poly. When people would ask me what ethnicity I was, I would tell them I was half Asian, so that I felt more related to my Asian friends, which only lead me to feel guilty for rejecting half of my ethnicity. It would be easier to identify as just white or just Asian, but in doing so, I would be denying who I am.

Learning where our ancestors come from can be incredibly important to people in creating their identity and understanding who they are. However, when we place too much emphasis on genetic makeup and ancestry, people may reject their heritage, and in turn their personal identity, in exchange for the ethnicity they think sounds the most interesting. Claiming the culture of one’s ethnicity based on a 23andMe report would be equating the two when in reality, culture contributes more to one’s identity than DNA does. Regardless of what 23andMe states, you are not your DNA.